Grey’s 9 months old!! We are having so much fun right now, I can’t even think about how fast the time is going by. Everything is a game, everything is a toy, and everything must be explored. He has a few new skills, but they’re more subtle than last month. He can pull up on things- he gets to his knees, then one foot and one knee, and then with a trembling leg, he attempts to heft himself up the rest of the way. No dice. But soon, I’m sure. He still doesn’t care to crawl, but makes lots of backwards progress, and scoots all over the place.

One of his favorite games is to start scooting towards something that’s off limits- like the fireplace. He then looks to make sure we’re watching and picks up speed. As soon as one of us gets up to grab him, he lets out a loud shriek and a fit of giggles and books it to the fireplace! I’ve yet to get it on video, but we’re working on it.

He is eating EVERYTHING. The pincer grasp is serving him well, and he’s off most purees (unless it’s stirred into yogurt or cereal). He’s perfectly capable of getting most anything in his mouth and will now stuff 3-4 chunks in at a time. Piggy.

He can push up to sitting from his belly- this means he can get himself out of a bind without my help (but with lots of cheering from the mama section!).

I’ll leave it to the pictures to tell you how cute he is!! Hope everyone’s spring is warmer than ours! =)

Such a happy little guy!

Oat bran was a fail.

Switching grips to check out the coffee table. 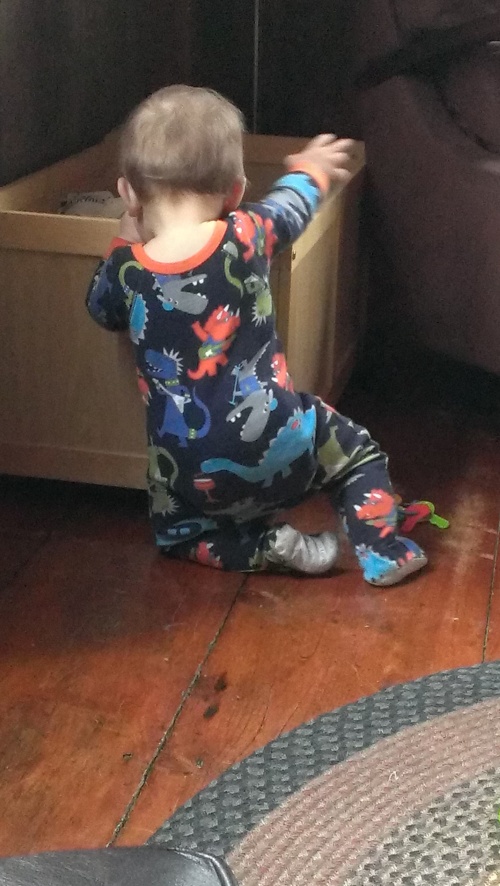 I have to stack the toys in the corner so he can reach them, but boy, he loves the challenge!

His new zebra. Good for pulling up practice! 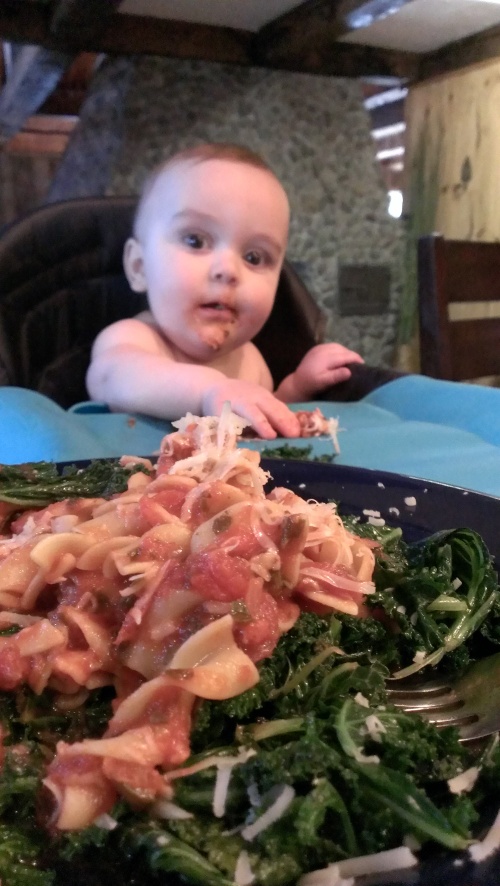