June was absolutely insane! It’s slowed down a bit and I have a few moments to reflect. This last month has been huge for Grey, and while he still looks like a chubby little baby to me, he’s toddling around. I think I have to call him a toddler. I’d much rather call him a vertically mobile infant, but that doesn’t have a smooth ring to it.

He now knows a handful of words (cat, dog, mama, dada, banana) although he massacres the pronunciation. Luke insisted for awhile that he had to say it correctly, but it’s clear Grey knows what he’s saying, and Luke relented. When I ask him where my nose is, he seems a little confused until I give him a hint and say, “Hoooonnnnk”. He’s learning about our belly buttons, and his new favorite game is to pull up my shirt and blow raspberries. This is prime motivation to return to the gym, let me tell you!

He’s climbing stairs and walking around now, as well as stopping and turning without falling. It’s the craziest and cutest thing I’ve ever seen. He’ll choose a book for you to read, and climb onto his toys so he can see out the front window. He’s loving shoulder and piggyback rides, but still hates being tossed into the air (of course we still try). =)

He loved his birthday party, and managed to stay awake for the whole thing! The smash cake wasn’t necessarily smashed, but was well enjoyed. He picked the polka dots off one by one for a few minutes before he realized the cake itself was edible too. Then he took a spoon to it and did some damage.

Here are some pictures of the birthday boy! 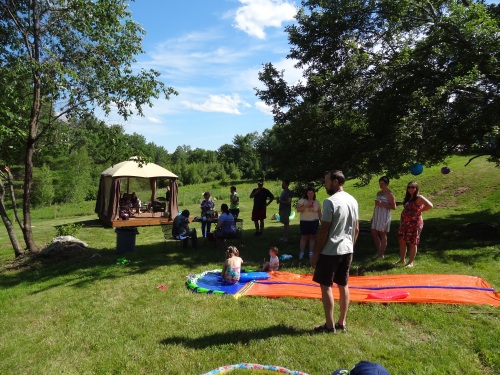 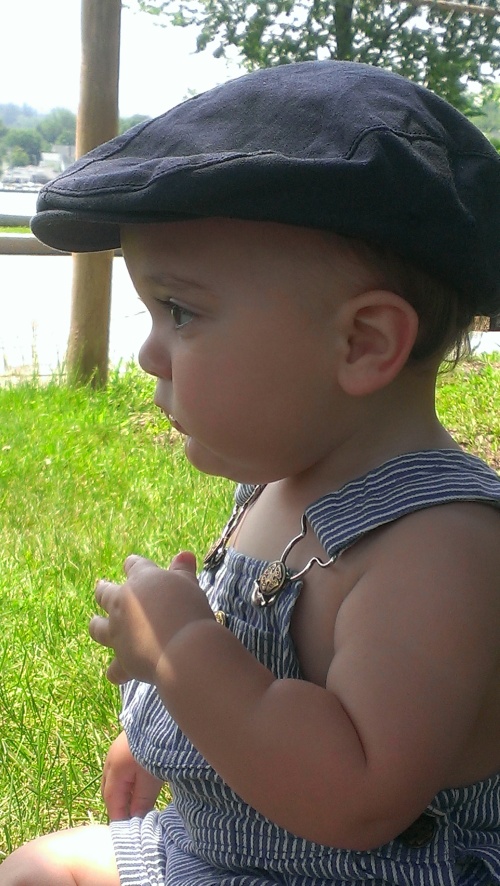 Strawberry picking was a blast! Grey ate half his body weight while I was picking. He ate so much that I actually offered to pay for an extra container at the checkout. 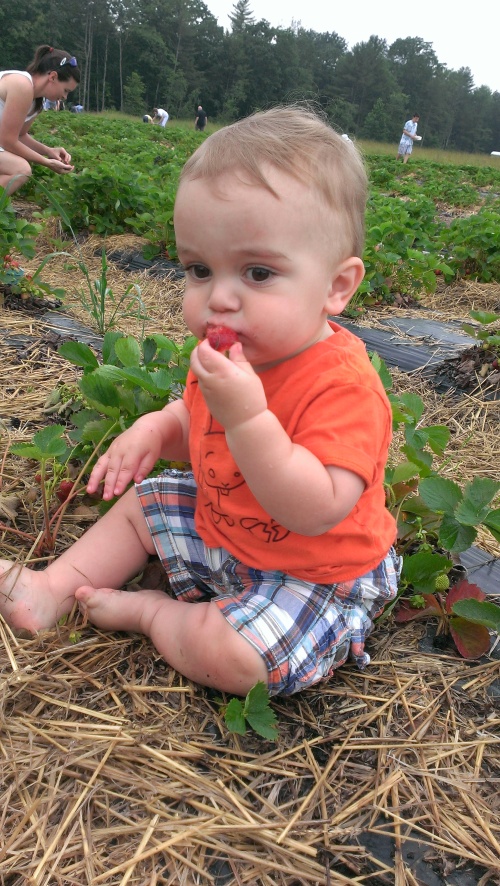 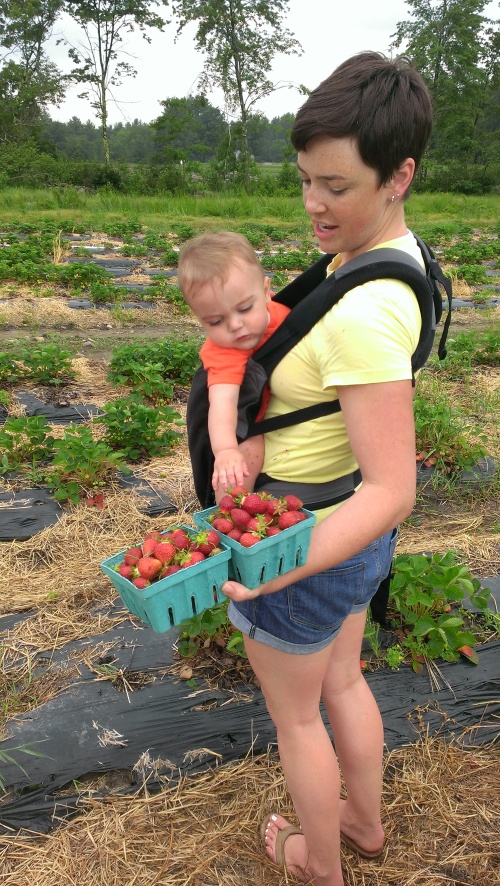