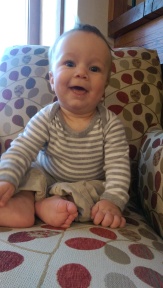 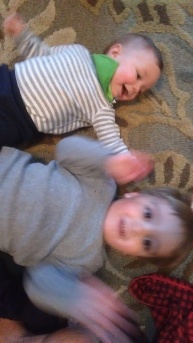 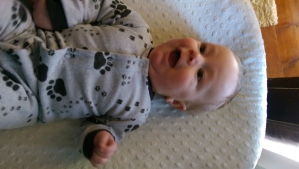 Here are some pictures of right around when the Weed turned 5mos. He’s sitting up great, and 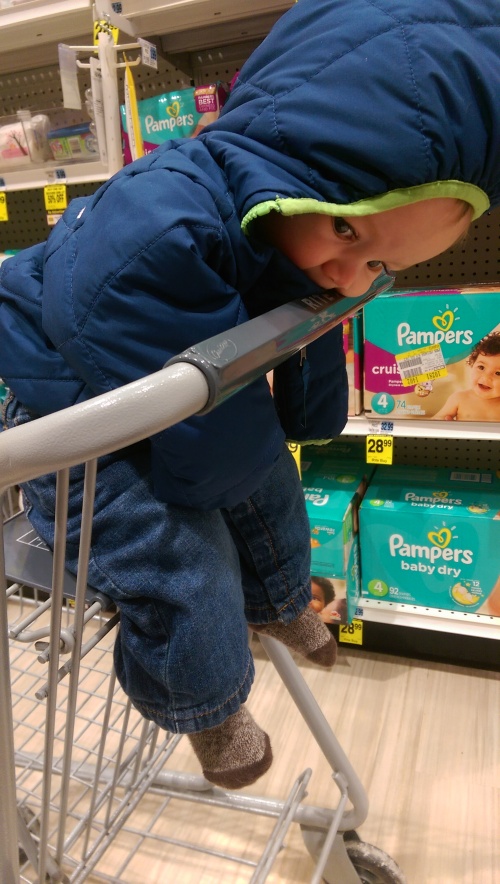 took his first ride in the shopping cart the other day!

He and grey play more and more, and he’s been entertaining himself really well. I can now set him down to get some stuff done. 🙂

Still no teeth or food yet- he’s gaining interest and thinks it’s hilarious to snatch food off my plate, but isn’t too keen on actually eating it.

He’s making scooting motions and I’m wondering if he’ll follow in Big Brothers buttprint and scoot instead of crawl? We’ll see very soon. This kid is wasting no time.

Grey is doing  great. His favorite games include turning off the lights,  grabbing a flashlight and going on a bear hunt, and pretending to be a puppy. He’s also really digging mailboxes and mail. So we made him a little mailbox that we put junk mail and little postcards into. It’s pretty adorable. He also likes to look in the mirror and tell us he’s handsome. Haha! No idea where he got that idea. 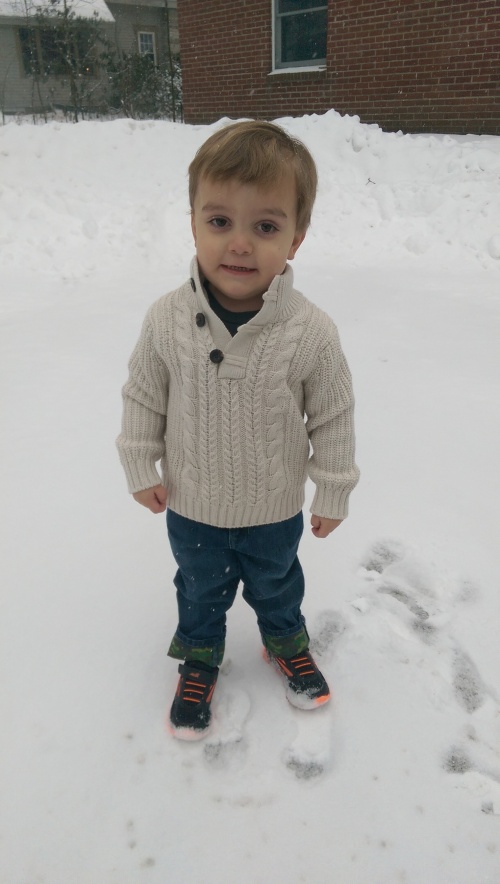 One response to “Trying Again”